A few of my more competitive family members enrolled to compete in the Lake Tahoe XTERRA triathlon this last weekend, which made for a great excuse to join them and enjoy a little Tahoe vacation. On Thursday and Friday we happily biked the trails around the lake. It looked like this, but it wouldn't last.

From the bike path we can see kayakers also enjoying the summer weather. 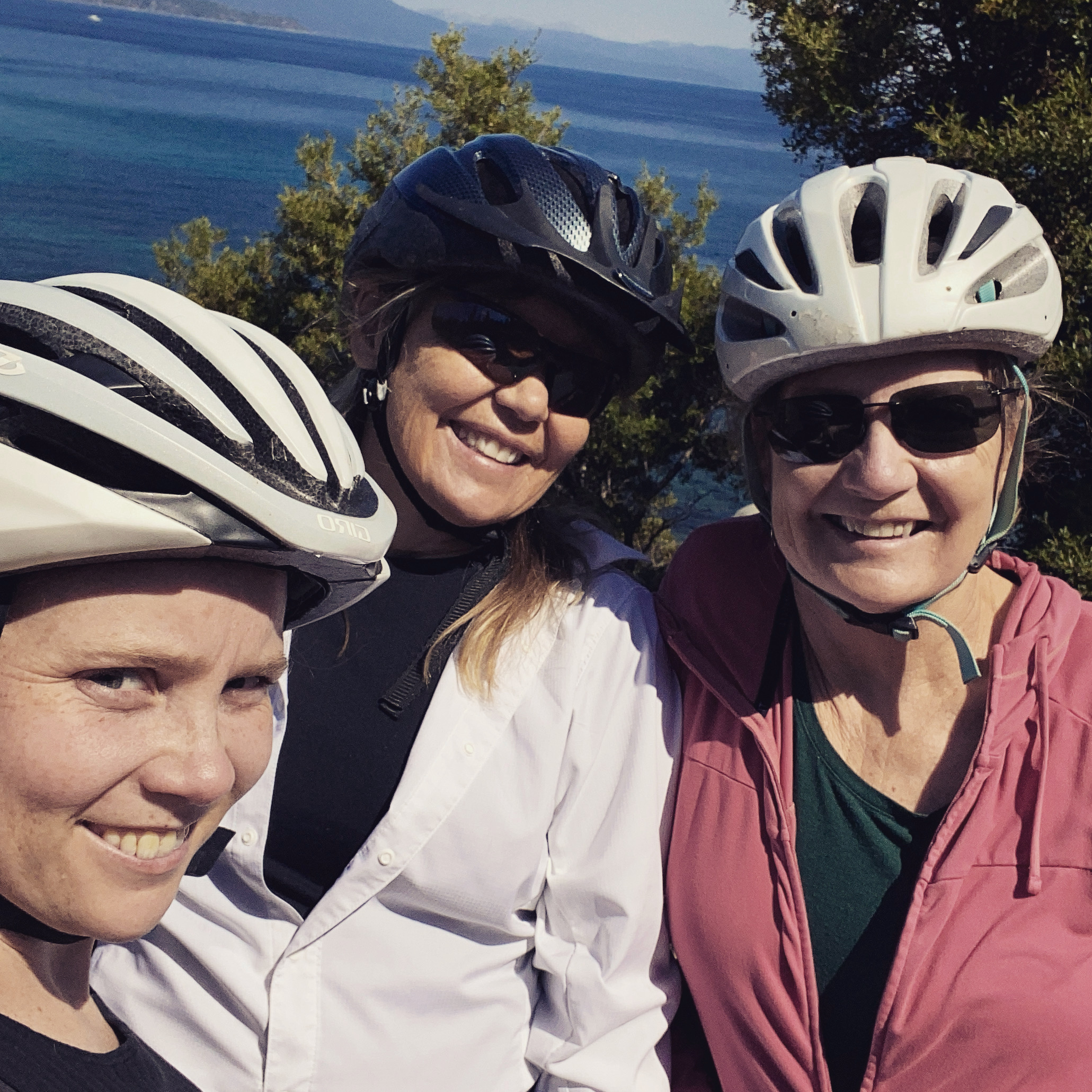 Squinting into the sun, Justine, Celia, and I enjoy blue skies and blue water on the bike path in North Lake Tahoe 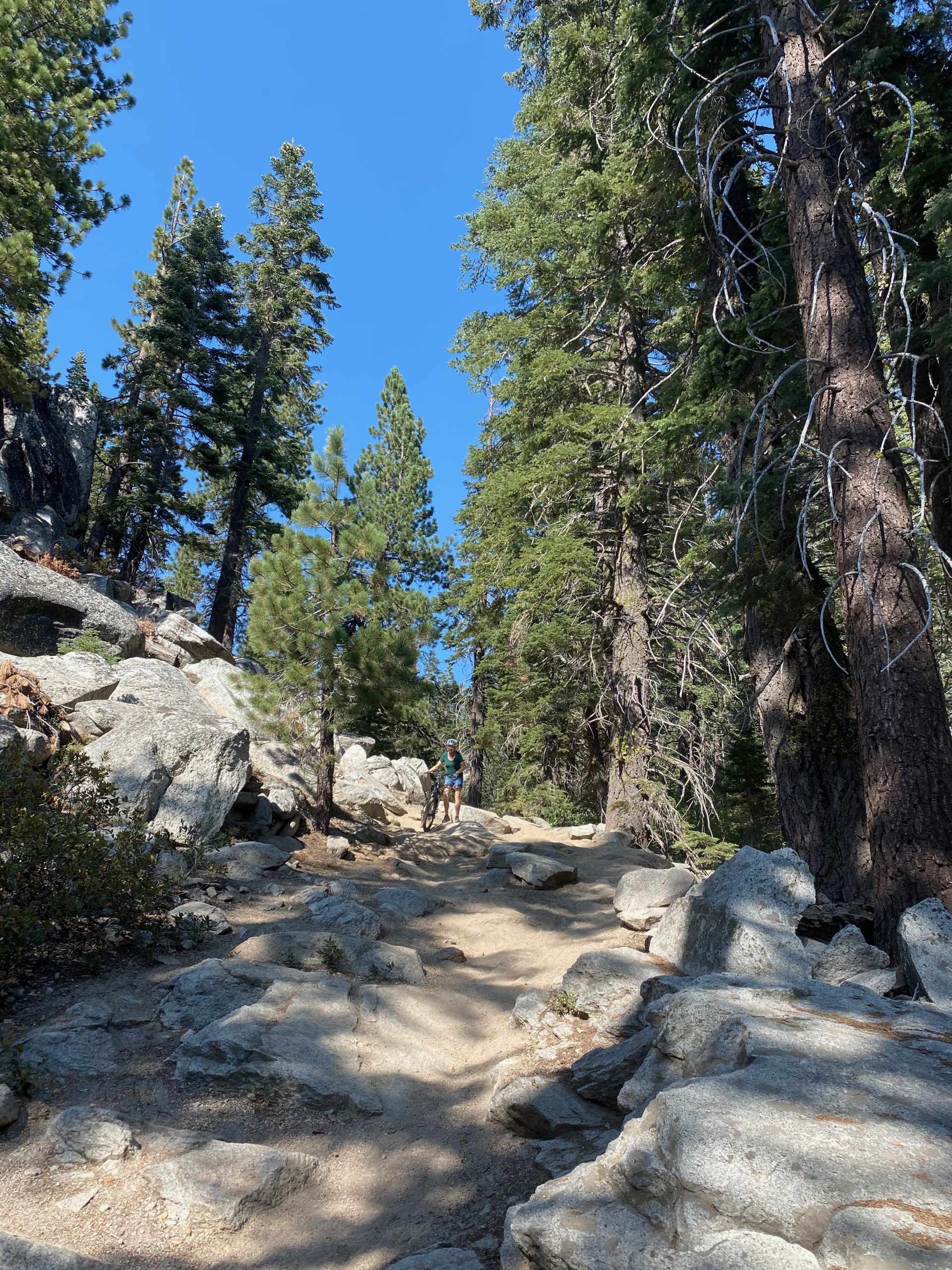 Richard leads us astray on an afternoon of mountain biking.

A few days later, we'd be driving away from through this landscape.

But first... two things about Nevada I didn't know.

As a longtime resident of California, with its mandatory recycling laws, I was shocked to find no recycling cans in the condo complex. Turns out Nevada just buries everything in the desert. Can I just say I think that's dumb? Considering that we've already trashed the ocean and even our orbital space, I think we all know how that's going to eventually work out. (See When Will We Hit Peak Garbage from the Smithsonian.) Our California family took all the recycling back to California to put in our blue cans. Leave no trace. Pack it in, pack it out. Right?

I've loved visiting Nevada, having motorcycled and camped my way through it many times. Besides one-half of Lake Tahoe, Nevada offers the desert, the mountains, Burning Man, Vegas, Lake Mead, and tax breaks. It's also a brag-worthy mental and physical gauntlet to pass through to get to other places so you can say you did it.

The organizers cancelled the triathlon because they predicted smoke from the California wildfires to the north, south, and east of the lake to blow into the area. It was hard to imagine on sunny blue skies Friday but on Saturday we were inside with the doors shut playing Jenga and arguing about movie selections, obsessively checking the smoke forecast, trying to decide whether to disperse back to our our corners of the west coast or wait it out. 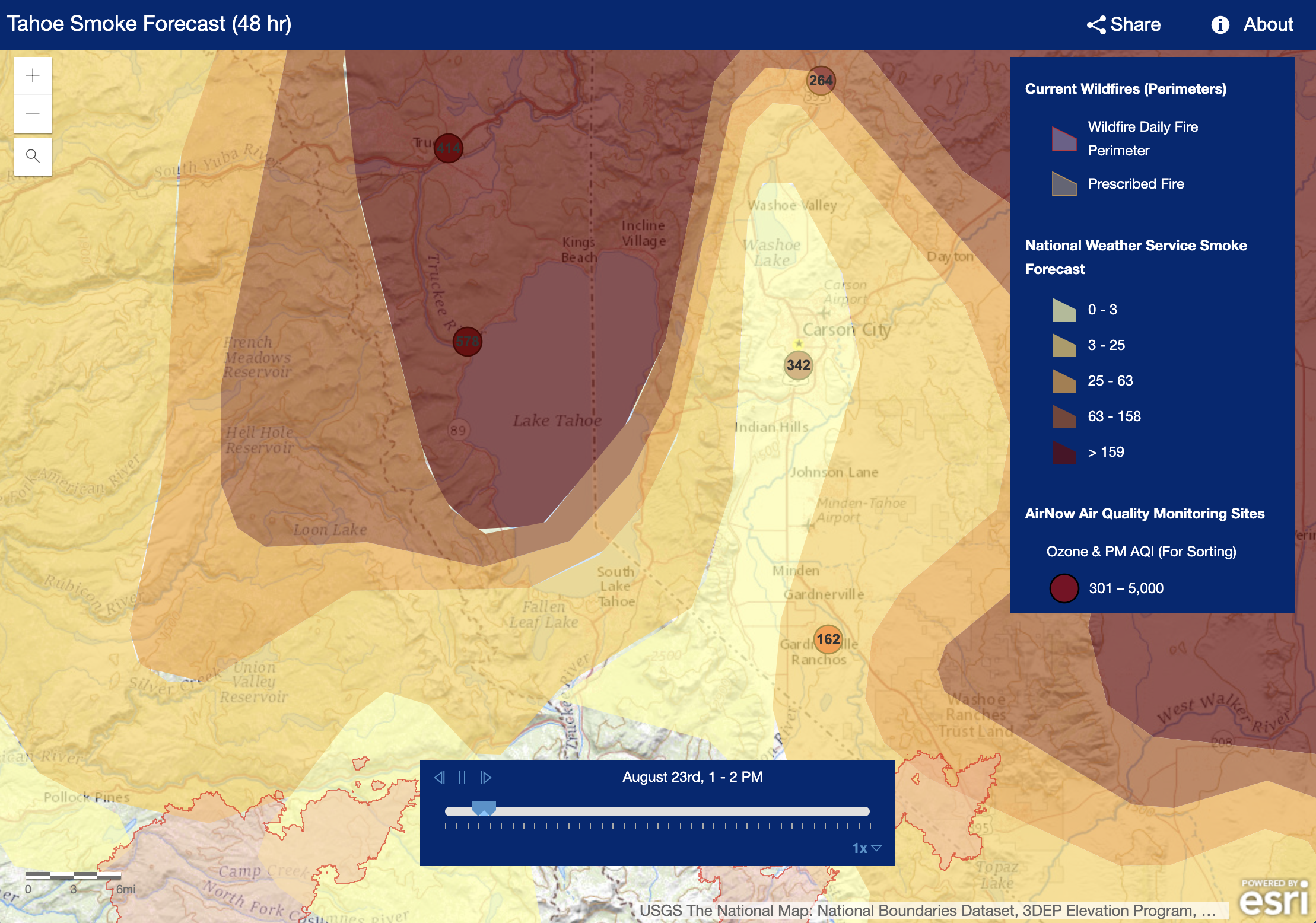 We sorted family photos. Mom found a few boxes of rejects and negatives so I took them up there to sort through with Jeremy and Celia. We hope the negatives will include all the photos that burned in their house fire last year. Fingers crossed!

It was a lot of fun sorting through the King family photos!

Celia won the Jenga competition and we settled on the CRISPR movie Human Nature. (Amazon or Netflix).

Three family members faced a 10 hour drive back to Portland and the rest of us were headed back to San Jose and Santa Cruz. All of us faced drives swaddled in N-95 masks to protect us from the heavy smoke. Driving through Sacramento on the way up had already been an ordeal, as the Caldor fire from Placerville put the air quality rating into the 300+ category. As of today, the Caldor fire has burned 106,562 acres and destroyed 403 homes and the Dixie fire has claimed 725,821 acres and over 550 homes.

Traffic between Tahoe and the Bay Area had also been rerouted because a 46-mile stretch of Highway 50 was closed. (See video.)

I have to say it was a challenge for me, having been evacuated from two Sonoma County fires in 2020, not to mention the fire on in February 2020 that burned my parents' home to the ground. (Their rebuilt home will be ready to move into in another month or two.)

I think we all would have left first thing Saturday morning except it was so great having family time. It's that kind of time you just can't get back.

It was a relief to get home to Santa Cruz though. I immediately went for a walk on West Cliff Drive to take in the fresh sea air.

Hey, did you catch me on the Motorcycles & Misfits podcast from the Re-cycle Garage in Santa Cruz a couple of weeks ago? What a fun crew. Watch on YouTube or listen on your favorite podcast player.