Low tide 8:30am bicycling to beach under a heavy sky that seems to suppress the wind. Surfers at Cowell Beach all have long boards today to catch the small waves, two or three feet high at the most.

There is a surfer on a blue board with a dog. The dog is medium-sized and short-haired and sports a bright yellow harness. An Australian cattle dog, I think, brown and gray. They are in position and the dog is eagerly poised for the wave... body weight low, nose to nose with the front of the board. It stills as his surfer catches the wave and they both stay low until the board is out front being pushed by the wave and they both stand in sync, riding it to the turn point before the rocks, leap off, and head out to do it all again. I don't think it's Skyler the Surf Dog but it could be. 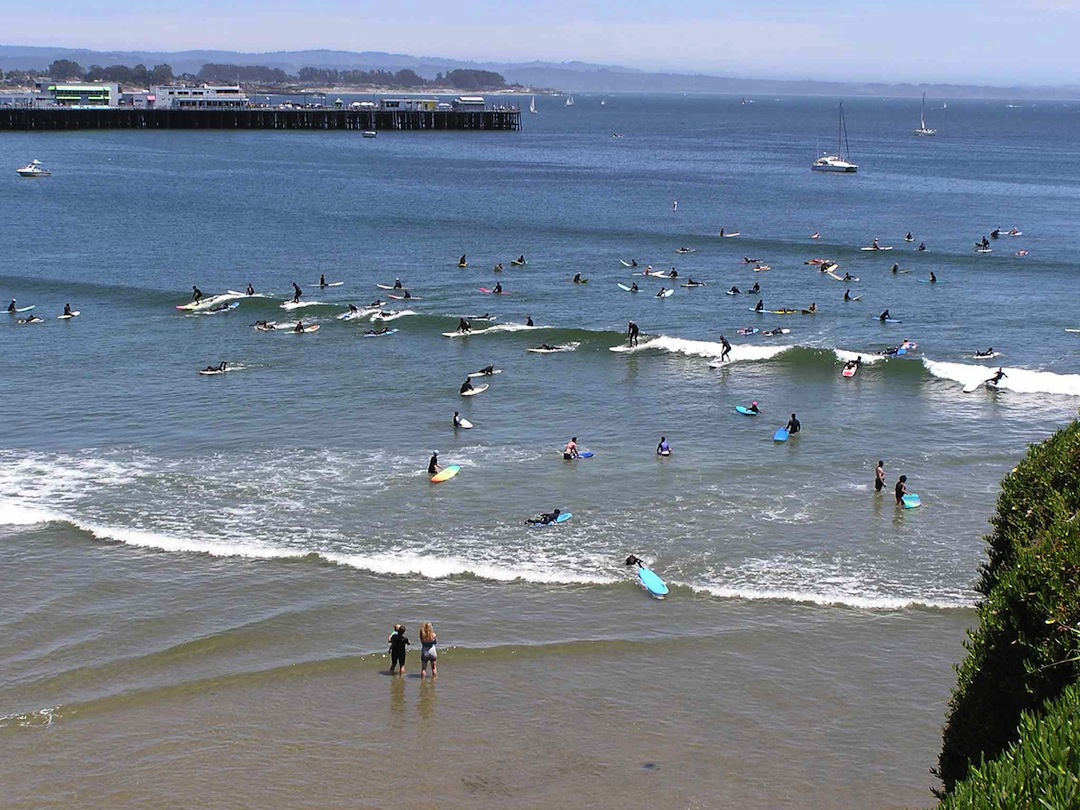 Cowell Beach by the Boardwalk is a popular spot. Photo courtesy usc.edu: History of the Santa Cruz Beach Boardwalk and Cowell Beach.

An elderly man who is big and heavy like my maternal grandfather stands at the railing on West Cliff Drive with a pair of binoculars around his neck, gazing meditatively at the horizon. His white hair is combed straight back and he wears a bright red and black checked lumberjack shirt and he loves the ocean and he is never happier than when feeding the seagulls. I want to stop and run my hand over his hair like I used to do when we were driving and I was in the back seat because he would always say "meow." He would always say meow no matter what he was doing, or who he was talking to if I could reach his head. His hair was fine and soft and so white and it was almost like stroking a cat but better, because his cat would only let us scratch her on the butt.

The surfers drive home in their vans and cars with wetsuits draped over their side mirrors to drip dry and then to air them out over their balconies and go do whatever school or work they need to do until they put them on again tomorrow morning.

A middle-aged tourist couple out for an early stroll stops to listen to a surfer play guitar from the back of his blue Dodge van with peeling paint overlooking West Cliff. His wetsuit is draped over his side mirror and he wears a bright yellow and blue sarong and a fisherman's roll-neck sweater of caramel-colored wool and excellent quality. His feet are bare and his hair is a wild tangle of blonde maybe going a little gray. As I bicycle by I catch the end of a question about how it is to wear a wetsuit and the guitar-playing long-haired surfer dude stops strumming and smiles beatifically into their faces and answers, "It feels like you're getting a warm hug all day."

Birds are still feeding on the dead sea lion that's been caught in the kelp bed for a week now. I think it's the one that was washed up on the east end of Dog Beach for a couple of days when the dogs who like to rub themselves all over in dead things were all on leashes or confined to the west end of the beach. The authorities must have dragged it out to the kelp bed. I think it is going to sink today. 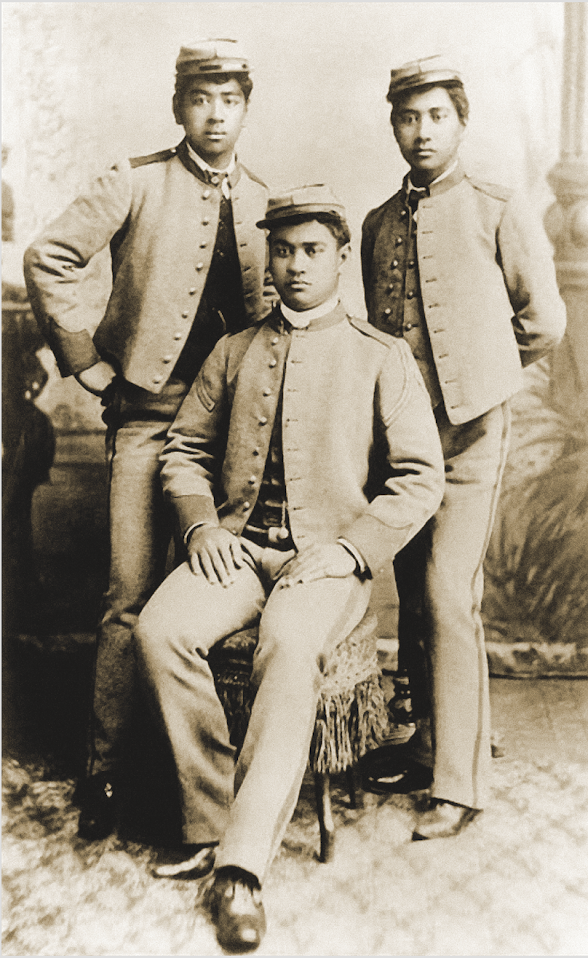 After my run at low tide this morning at the surf line that makes Seabright Beach and the Beach Boardwalk Beach one glorious long beach, I saw a fun facts sign that stated in 1885 three Hawaiian princes introduced surfing to Santa Cruz. It's an interesting story.

Comments, questions, notes from your own day? I'd truly love to see them in the comments below!