Being so close to Wilder Ranch State Park and the mountain biking trails, I've pressed myself to get back into the sport after a 20-year hiatus. The only beginner-level trail is the flat path along the cliffs and all the other trails are challenging. I still try though, and manage the uphills by getting off the bike. I make it further uphill every time though, which encourages me.

It's the downhill stretches that scare me.

A natural explorer, I am tempted to head onto the small paths away from the main roads, the fire roads, to see what's there. Often, the single-track deteriorates into what my brothers would find thrilling to navigate at 20 mph "catching air," but for me... again, I get off the bike and walk it down. 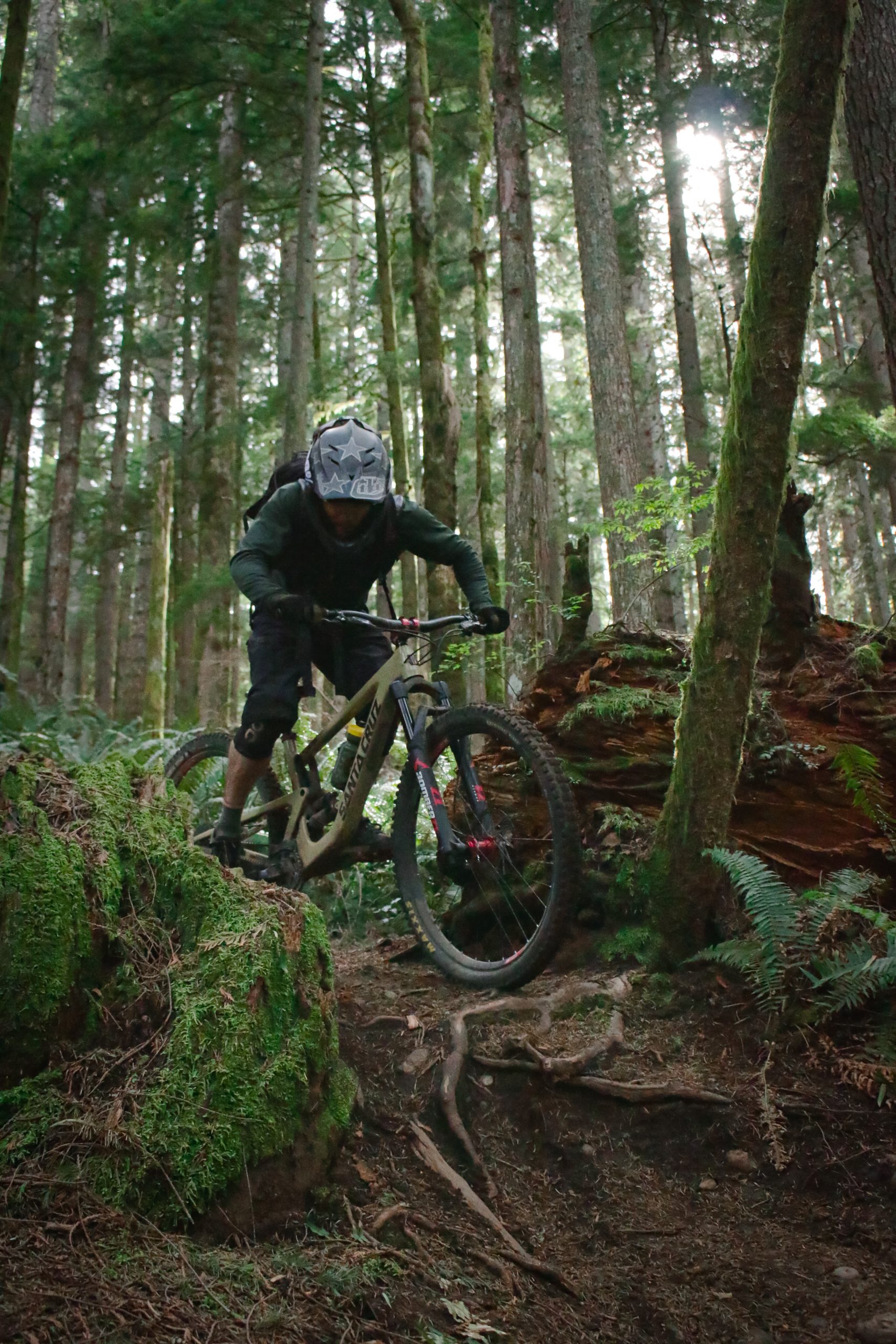 Photo by Jake Schumacher on Unsplash

Last week the mountain biking community was shocked by a death on the trail. A friend told me she'd seen the body covered in cloth, emergency personnel milling about, nothing to be done. It gave her the kind of pause we experience when we slide up against when we witness possibility, and she questioned her dedication to the sport.

The death was not caused by a head-over-the-handlebars moment. Though the man was in his forties, he died from natural causes. He felt sick, said his friend, and then he died. [Story here.]

That's not to say nobody has died by mountain bike in Santa Cruz. The area's natural beauty is a magnet for the super-athletic, the daring young men, and for the young in general, for whom mortality is not yet a consideration.

Yesterday, at high tide, I was walking the path at West Cliff Drive. It was overcast, as it often is at the coast, and the ocean was rough. I stood, mesmerized, at a group of three young men waiting to catch a wave. The waves seemed to me to be too rough, too short, too close to the cliff, and I was nervous for them.

One boy did catch a wave, enjoyed a short ride, and paddled back toward his friends. One wave after another crashed, shoving him closer and closer to the rough-edged boulders edging the cliffs. After several tries, he was exhausted. I looked around, there was no one on the path but me.

As he was heaved toward the rocks once more, I pulled out my phone, ready to dial 911, muttering to myself, Just get out of the water you stupid boy. 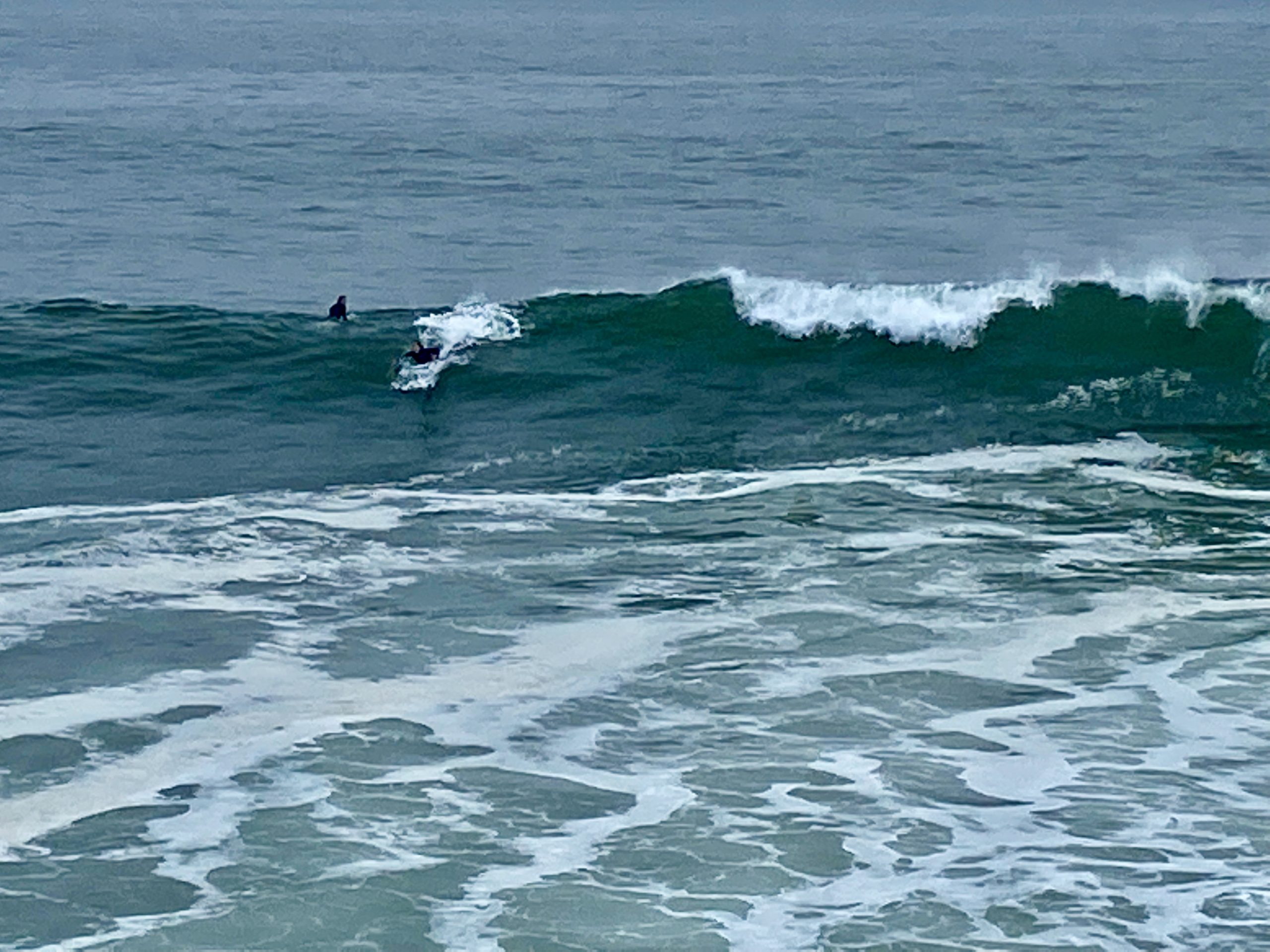 Finally, he decided he could not win against the sea. It was all about timing now. The next wave crashed and he used the forward motion to scramble to the rocks, swimming and running in the push and in the next moment fighting the pulling ocean and the sand, moving in slow motion. He glanced over his shoulder to gauge when the pulling would become pushing once more and sped up his progress. The next wave caught him waist-high. He fell on his side against a rock, clutching the surfboard under his arm on the other side. Don't protect the surfboard, you idiot, I whispered. Just climb up.

I had 911 dialed already, my finger on the green Call button. He looked up at me, then out at his friends, who were gazing out to see, waiting for the next wave.

Later, at home, I read that a 30-year old man from Chicago had drowned in the heavy surf, but further up north, at Panther Beach. A few days earlier a 26-year old man from San Jose was pulled out to sea and drowned at the same beach.

How many times could that have been me? 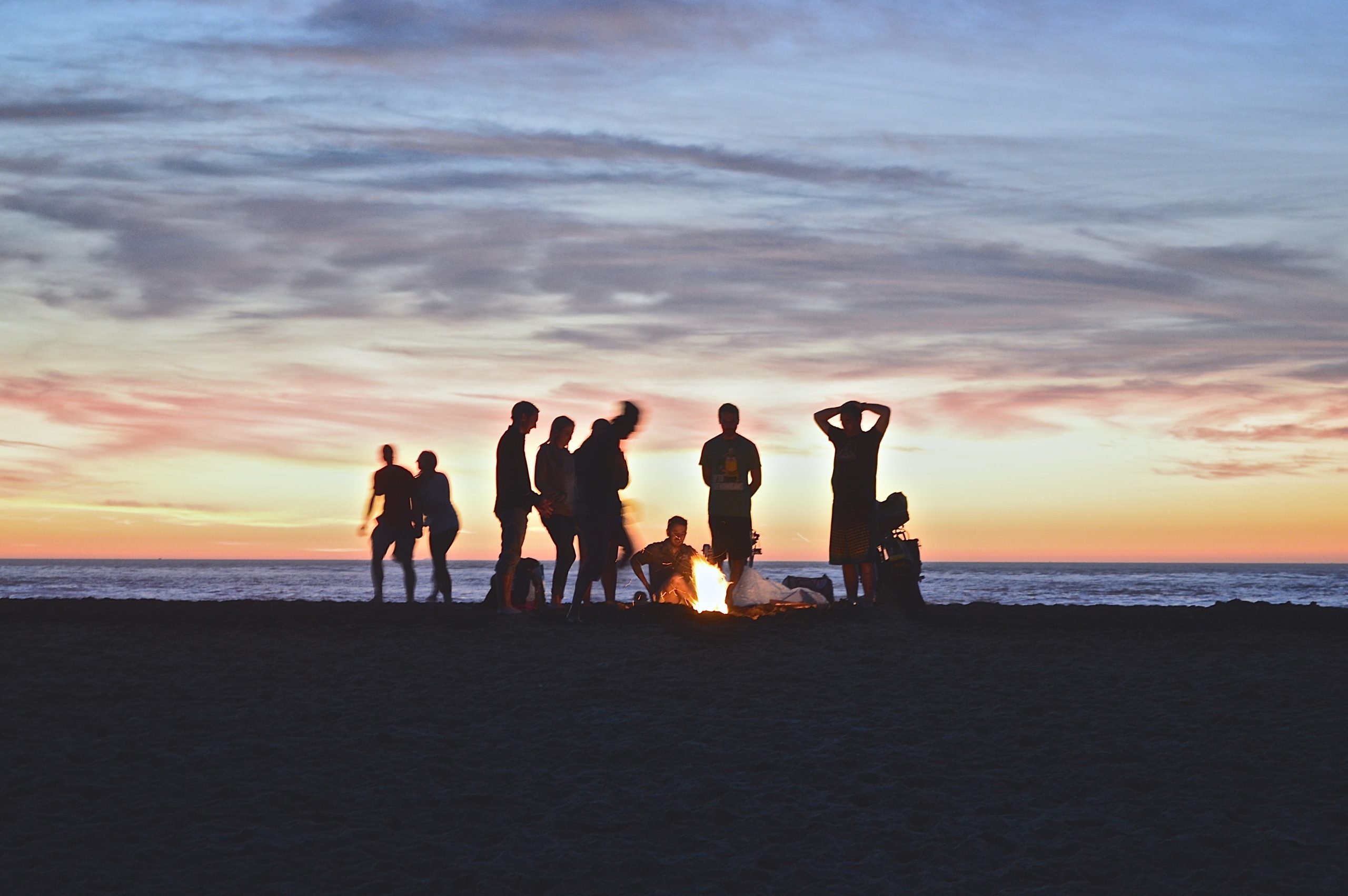 Photo by Kimson Doan on Unsplash

Back in high school my friends and I would often ditch class and drive to the beach. We'd set up camp and ingest any of a variety of mind-altering substances that, along with our youth and ignorance, made us impervious to the ocean's cold warnings. The chill itself. The tumble in a wave. Emerging with cuts and scrapes, coughing up sea water and shaking sand from our hair, we'd laugh and dive back in again.

Has the fear of death ever given me pause? That's not to say I don't take precautions. But I would never give up solo travel because of the risk of being attacked, even though I've known a few travelers, mostly men, who have been victims of crimes in foreign countries. And only one woman, in all these many many years, who was the victim of the kidnapping, rape, and injury that we are all warned about all the time. More often, that kind of thing happens at home.

As a motorcyclist, I'm acquainted with my share of people whose life has ended on the road, but it has never, so far, made me want to give it up. Mountain biking, though... why does that give me pause?

My brothers have both broken ribs, collarbones, shoulders, wrists, ankles, on mountain bikes. Maybe that's it.

Yet I know plenty of people who've suffered similar injuries, and worse, from motorcycle accidents, and that gives me no pause at all.

Is it the passion for something that renders fear powerless? 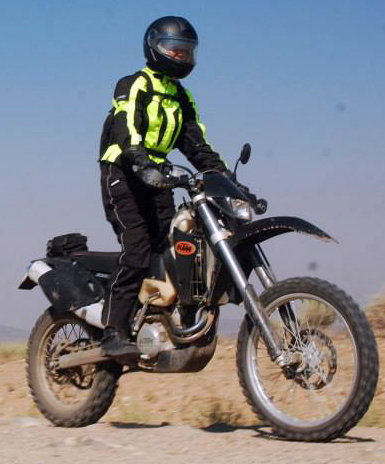